It Just Can’t Work Without It! 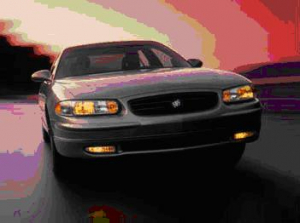 What would you say is one of the most important pieces of equipment in an automobile assembly line plant--something that is tied to nearly every function in the production of a new car?

Give up? It’s easy: the air compressors. When a worker puts on a tire or attaches the new seats, they use a pneumatic tool. These tools are run by...you guessed it...air pressure. So, it goes without saying that the air compressors in an auto assembly line plant would be of primary importance.

Central Control for the Compressors

There are a total of 8 Atlas Copco compressors in the Shanghai plant of a major automotive manufacturer. Six of these compressors are the ZH model, which is a centrifugal type, having an Allen-Bradley® SLC™ 5/03 embedded in their control systems. The remaining two compressors are the Z-pack model, equipped with built-in Modbus® communications. This created a problem in networking the compressors together, since the Allen-Bradley SLCs are not Modbus-compatible. The system integrator, Shanghai Yuandong Science & Technology, contacted Rockwell Automation and ProSoft Technology. They installed ProSoft’s Modbus communication solution into the SLCs onboard the ZH compressors, which then allowed all of the compressors to link to the HMI Host Station via the DH485 network.

“Normally every Atlas Copco compressor would be controlled individually,” said Chen Zong Liang, General Manager of Shanghai Yuandong. “With individual control, we found that some compressors would load, unload, and even stop running simultaneously. This made compressor output very inconsistent and therefore unstable. By using ProSoft’s module, we were able to directly connect Allen-Bradley’s SLC with Atlas Copco’s compressors using the Modbus protocol. With central control, it was possible to stagger the actions (start, load, unload or stop) of every compressor according to the charge situation.”

“Enabling the compressors with central control was easy to implement and created a smooth-running operation,” said the ProSoft Regional Sales Manager who worked on the application. “Not only did it help increase production, it created a cost savings in terms of electricity and maintenance costs. All of this translates into higher profits.”

When asked how the ProSoft module improved the plant processes, i.e. functionality, speed, convenience, or financial benefits, Liang simply replied, “It just can’t work without it!”

“With these Modbus communication interfaces, manufacturers are making a great deal of data available to the processor that can enhance the system control,” said ProSoft founder Doug Sharratt at the time of the application. “The Modbus module, when configured as a Master, is able to read and write to these devices, allowing the SLC ladder program direct access to the device’s data.”

In the past, many communication systems were closed. Since the Modbus protocol is open it has become an industry standard for many industrial devices available today.