The largest offshore oil field in Malaysia, Angsi in the South China Sea, requires the fastest level of data communication so it can continue to produce 40,000 barrels of oil a day quickly, smoothly, and efficiently.

The Angsi Field consists of one central processing platform and 5 drilling platforms. It will provide fully integrated support for drilling up to 52 wells, with facilities including two gas compression trains, gas lift and dehydration, power generation, water injection, and a 16MW power generation plant. 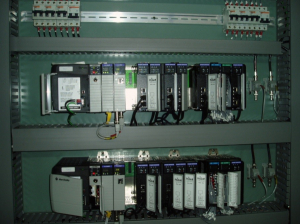 INEAX (Integrated Network Electrical Automation Expertise) is an expert at oil control systems, and was approached about the application.

"The response from the GE Fanuc PLC was getting slower with intermittent faults, so it was decided that replacing the entire system would be the best solution," said Wee Keat Ng, INEAX’s Managing Director.

Everything but the protection relays would be upgraded, and it had to be done with minimal downtime.

The Problem
The protection relays ran on Modbus®, a non-native Rockwell Automation® protocol. Protection relays are used for protection of electrical load of motors, pumps and other devices, from overcorrect and overvoltage.

The Solution
ProSoft Technology's modules made it possible for the ControlLogix system to communicate to the protection relays as seamlessly as if they were both on the same identical network.

"Our system leverages the ProSoft Modbus module’s unique features to speed up overall communication between the protection relays and the ControlLogix system," Ng said, and specifically pointed out the module’s data prioritization features.

"This is done by splitting the polled data into critical data with continuous updates and non-critical data with on-demand updates," said Mr. KL Yew, INEAX Technical Director. “We would not have been able to do this without the features included in ProSoft Technology’s Modbus module.”

Ng added that INEAX is impressed with the level of features available in the ProSoft modules. “These features aren’t normally seen in other third-party solutions.”

With the ProSoft Technology Modbus module, INEAX was able to provide a better and faster solution for the Angsi platform.

"The decision to use ProSoft Technology modules was an easy one as we have worked with ProSoft modules for close to 15 years,” Ng said.

Because INEAX has upgraded similar solutions before, it was able to upgrade the Angsi system in record time within a tight downtime window.