The power of industrial wireless in the Cumberland Mountains… 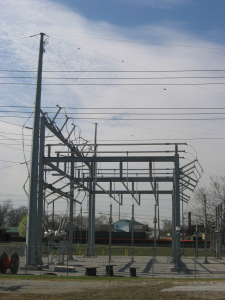 Not every company knows how to take off their training wheels and ride into the streets of wireless industrial automation.

Shed the wheels of network cables and a company can potentially get more flexibility than ever before while moving data securely. Sure, industrial wireless security needs to be cost-effective and reliable. Buying the right modems and keeping up-to-date with the latest high-tech wizardry in wireless know-how can loosen the cables that bind applications and devices to costly networks. Nowadays, the idea of being wireless, secure, and cost-effective means companies can escape the thought of wiring across miles and miles of uncharted terrain. Just see what a Tennessee utilities board did when it wanted to move data through remote substations.

The company had to route data through thirteen substations, two of which were tucked away in the Cumberland Mountains. It knew laying ground wires in such an operation with remote locales would not be cheap. Wires would have to be installed over vast distances or laid locally. In order to access data, staff would have to visit hard-to-get areas. And who has that kind of time?

A while back, the end user had installed a SCADA system through Survalent Technology, then set up an Ethernet network using fiber optic cables transporting DNP 3.0 over TCP/IP to poll the RTUs in each substation. That was in 11 out of their 13 electrical distribution substations. The other two substations, given their locations in extremely isolated mountainous terrain, simply were not cost-effective when it came to fiber installation. Both remote substations are outage-prone, with the furthest an approximate one-hour drive through winding mountain roads. The board realized that there would be huge benefits if communications could be established to these two stations.

Surrounded by rugged terrain at two remote substations, the utilities board decided to improve data management by exploring various data-gathering methods. It researched options such as leased phone lines, licensed radio, unlicensed radio, and even satellite. After a thorough evaluation, the board concluded unlicensed radios offered a cost-effective, reliable, and secure solution. They opted for ProSoft Technology’s industrial-grade solutions.

The two Cumberland substations presented major obstacles in trying to obtain line of sight communications back to the end user’s main offices. ProSoft Technology’s technical support personnel helped develop a path study that identified locations along mountaintops where repeaters could obtain the desired path. The first repeater location posed no problem. The company had already set up a mountaintop radio repeater for licensed voice communications to company vehicles. The second repeater location made for a difficult challenge. The proposed remote mountain site was located using a GPS unit. Inaccessible to any ordinary vehicle, the end user hired a local grading contractor to transport a 60-foot wood pole to the site to install using a bulldozer. ProSoft Technology used a solar repeater kit and necessary antennas to complete the project.

“We are pleased with ProSoft Technology’s wireless equipment. Instead of having to install separate networks, we have been able to build a single wireless network to meet the needs of our Ethernet equipment, as well as our serial equipment,” a representative of the utilities board said.

He noted that the utility has “been able to save numerous man-hours by being able to remotely monitor and control devices that normally would take us hours just to get to.”

In the first substation, one radio monitors station-loading from a Schlumberger Q1000 meter using the DNP 3.0 protocol. The meter has an RS-232 connection to the radio’s serial port, and is directly polled from the SCADA master station using the IP address and port of the radio. The old feeder breakers in this station have been replaced with new Cooper VSA breakers and Form 6 controls, which provide Ethernet connectivity. The new electronic controls are connected to the ProSoft Technology radio through an additional Ruggedcom Ethernet switch, thus prohibiting the need to ever install an RTU in this station.

The second substation has a Schlumberger Q1000 meter connected to the serial port of the radio, while a Cooper Form 6 control connects to the Ethernet port of the radio. Both are polled using DNP 3.0 over TCP/IP directly from the SCADA master station. Future planning will upgrade the regulator controls within the station to Beckwith M2001C controls that also have available Ethernet ports and use DNP 3.0. An additional Ethernet switch or hub is needed, although only requiring a single radio and no RTU.

The end user has begun the second phase of its SCADA system installation: communications with pole top devices (i.e. reclosers, regulator controls, automated switch controls, capacitor controls) located on distribution lines. The primary method for communicating to these devices will be with ProSoft Technology’s radios. Currently ProSoft’s radios have successfully connected to and are communicating with Cooper Form 4C recloser controls, Cooper Form 6 recloser controls, and S&C Model 5801 automated switch controls. The only protocol available for the Cooper Form 4C control is Cooper 2179, which is not available on the SCADA master. The communications path to these Form 4C controls comes off of a comm port on a substation RTU, hits a serial radio, then hits the same repeaters that are used for substation communications, finally ending up at a serial radio connected to the control.

The end user plans to connect to approximately 10-15 additional Cooper recloser controls, both Form 4C’s and Form 6’s. The 4C’s will be connected to a serial radio and polled from an RTU, whereas the Form 6’s will be connected to a Ethernet radio and polled directly from the SCADA master. There are plans to upgrade 15-20 regulator controls with Beckwith M2001C controls that provide Ethernet connectivity and are polled directly from the SCADA master. Because S&C automated switch controls only have serial ports available, plans to install additional controls require Ethernet radios with an embedded serial server. Connectivity through the required radios allows the controls to be polled using DNP 3.0 over TCP/IP directly from the SCADA master, without the need of an RTU. There are also plans to use ProSoft Technology radios for communications to capacitor controls for the purpose of power factor correction.

The utility appreciates the ability to use the same radio network, and therefore the same set of repeaters, no matter which type of radio (serial, Ethernet, Ethernet with embedded serial server) that they need to install. The company originally installed 23 radios, which they hope to double within the next 6 months. With such robust integration in their remote networks, any installed radio can then become a repeater for future radios.