Proactive modernizations can still be a tough sell for some companies, especially when ...

The inclusion of Add-On Profiles and/or Add-On Instructions can help you avoid prolonge...

The separator in wellpad applications requires reliable communications to ensure the se...

ProSoft's product suites cover a wide range of protocols, with overlaps between the in-... 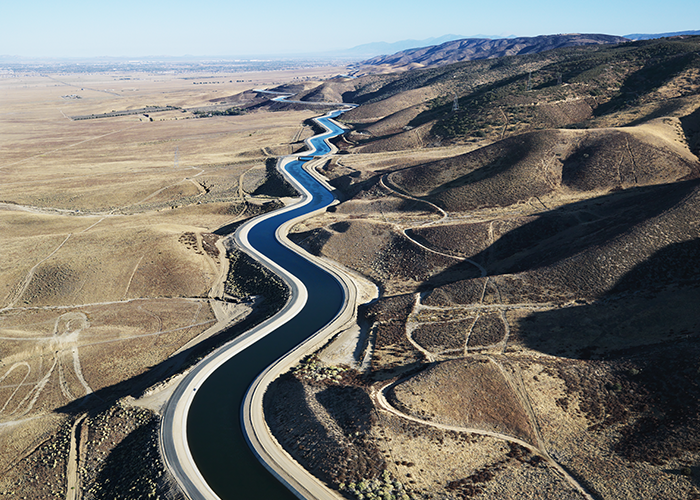 Californians have always been faced with the problem of how best to conserve, control, and move water. California has a wide diversity of climactic and geographical contrasts. The northern part of the state, with its alpine forests, receives as much as 100 inches or more of rain per year, while the central and southern parts of the state range from arid desert to fertile farmland, with some areas receiving less than 2 inches per year. Population centers have grown up in locations where there is not a sufficient water supply. The central valley, running from Sacramento to Bakersfield, contains some of the most fertile farmland in the world, most of which is dependent on irrigation. Because of this need to conserve, control, and move water to areas of need, California developed the State Water Project, the largest state-built water development project in the United States.

One water district is a small part of this statewide water project. Located in the southern portion of California’s fertile San Joaquin Valley, the district supplies irrigation water for over 45,000 acres of crops including grapes, citrus, almonds, and pistachios.

A while back, the district decided that the level of reliability was not acceptable in its current system. Parts were no longer available for their legacy system and buried wire was degrading with age. So, the district decided to upgrade its system to allow remote control of facilities and monitoring of power usage and quality, and to enhance the ability to perform load shifting for remote facilities.

Allen-Bradley processors were installed to replace the aging Westinghouse PLCs at each of the five remote well sites. In order to monitor power usage and detect anomalies in the Power Monitors, a ProSoft Technology Modbus® Communication Module was installed in each processor.

“This is a perfect example of how ProSoft modules are used every day to connect Rockwell Automation hardware with other networks,” said the ProSoft Regional Sales Manager who worked with the district. “We receive numerous requests on a daily basis for modules in the water and wastewater industry. Because our modules are designed to be used as ‘in-rack’ solutions for Allen-Bradley processors, it is a cost-effective way for plant managers to use their existing Allen-Bradley equipment with other networks’ protocols.”

A SCADA Master Control system was also installed, consisting of an HMI and an Allen-Bradley PLC with two ProSoft communication modules in order to poll five well sites, three pump stations, four reservoirs, and five check stations via a radio and modem.

Redundancy is a key factor in most water systems. Prousys installed and configured a second HMI to provide control redundancy. In the event of a failure in the primary controller, the system switches to the backup, ensuring seamless control in the plant.

“The system will keep right on running if the HMI goes down,” explained Prousys’ operations manager. The system’s pump stations are controlled according to the levels in the associated wells. The precise operation of the system depends on the accurate measurement of system levels and flows across the entire water system. Flow and level meters relay these measures back to the central control room for monitoring and control. PanelView™ terminals were installed at each of the three pump stations.

“The system now gives the water district full control of all remote sites,” said Prousys’ operations manager. “The SCADA system can now track station flow rates, overflow events, well level, in-flow, and out-flow. They also have the capability to detect numerous system failures including power, high/low voltage, phase imbalance, high/low amperes, frequency, load factor, and low water level. Since the ProSoft modules communicate over the backplane with the PLCs, they were critical to the success of this project. ProSoft provided the ‘missing link’ in the communication chain, seamlessly allowing connectivity between these differing networks.”

Does your water and wastewater application use legacy DF1 equipment? Find out how to update your application on your timeline.