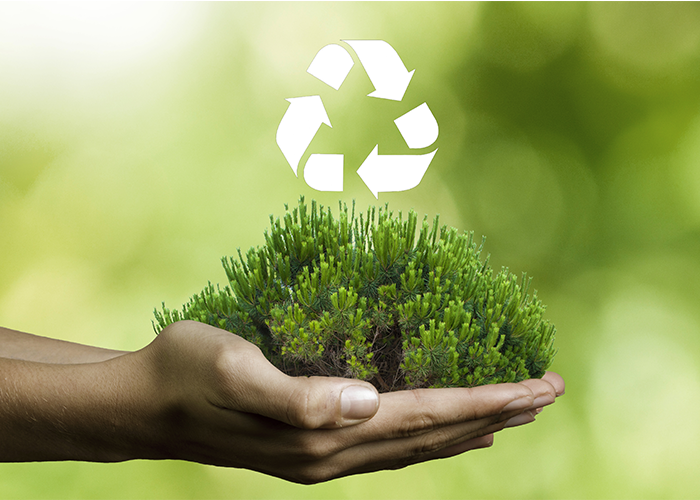 In the Northwest United States, a Glaucous-winged Gull lands on a straw-covered hilltop. The bird squawks among a flock of gulls and is watched by a town below.

For the bird, the hill may seem like any other. But to knowledgeable residents, this gull just landed on the most visible 40-acre portion of a landfill in post-closure stages. Mimicking a natural hilltop environment, the gull-covered hill represents a highly maintained landfill site where strict vegetation, irrigation, and gas process extraction must be carefully maintained.

The landfill overlooks countless rows of houses, just one of the cities the landfill serves. For many in the surrounding communities, the landfill is really a marvel in creative landscaping. Now teeming with wildlife and vegetation, the ingenuity of creative landfill planners – and the availability and flexibility of ProSoft Technology's Ethernet wireless radios – have made the landfill a lucrative and positive community project in preserving a natural-looking environment and way of life.

"Our wireless radio network is invisible," said a representative from ProSoft Technology. "All power and water lines for the landfill are buried underground, which complements the county's desire to make this area as visually pleasing as possible. With the real-time access to landfill data provided by ProSoft's radios, the county can make informed decisions affecting the safety and health of residents and landfill employees."

Using collected gate fees, the Solid Waste Management Department was able to integrate wireless technology into their closure and post-closure care of a portion of the landfill facility. One master and one repeater radio are used to integrate landfill closure, final cover construction, landfill operations, organics recycling, hazardous waste management, and waste screening and engineering. This includes one irrigation pump station and 14 metering stations on the surface, as well as soil sensors that measure ground moisture beneath the surface of the landfill.

After a 40-acre portion of the landfill reached designed capacity, an engineering and construction management firm installed a gas extraction and irrigation system that could be managed through a wireless radio network. This was all part of the closure process that included visually pleasing aspects. This included a landfill cover (evaparo-transpiration cap) as well as wireless radio-maintained irrigation of special soil and vegetation needed to prevent water from infiltrating the landfill.

As trash decomposes in the landfill, underground gas is created that must be extracted. Components of methane and carbon dioxide gases can be flammable, corrosive, poisonous, and unpleasant to smell. They can be difficult to maintain and extract but are more easily maintained with the industrial wireless radio network that can withstand the changing nature of gases, and extreme hot and cold temperatures.

Small amounts of methane, carbon dioxide, and oxygen gases are sampled at multiple locations. Test data is then sent wirelessly back to the department’s computer network, where the gases are pumped through pipes below ground to two enclosed flares to be processed and burned. Wireless access allows real-time monitoring of what occurs beneath the landfill surface and can be easily expanded in the years to come.

Future expansion has been prepared for through 3D-modeled path studies that establish present and future well and piping layout. 2.4 GHz radio bandwidth requires line-of-sight paths that include projected topographical contours of the landfill site so that each 8dB Omni Antenna can currently, and in the years to come, properly transmit data. Such preparation has been much more efficient than Ethernet cables strewn across the hillsides, which would not have fared well in the unsettling nature of landfills, where differential settling can cause point-to-point network lengths to vary.

"ProSoft's wireless network that controls and monitors the landfill was a cost-effective solution for the county," said the representative from ProSoft. "It requires little human intervention, operates on the license-free 2.4 GHz frequency, and can be expanded in the future."

The success of the landfill has enabled transplanted hilltop vegetation endemic to the area to flourish and to be properly maintained. Because of carefully planned extraction methods, landfill gases that are heavier than air do not flow from the landfill site into nearby towns. ProSoft's wireless technology has also provided a communications system that is more inherently secure from interference and hacking. Spread-spectrum Ethernet radios with enabled encryption allow for an extremely secure setting in a carefully maintained and balanced landfill site that has no room for failure.