Did you know ProSoft’s Siemens Industrial Ethernet driver can be used with an S7-1500 CPU?

Putting together a remote access network really can be this quick

Wireless I/O: No Trenching, No Permits, No Conduit. No Problem.

With Wireless I/O solutions, you can avoid the permits, trenching, and conduit that are...

With some Molex® SST™ products being moved to the obsolete column, your best approach m...

New modules and updated features will help you replace your legacy units, and bring gre... 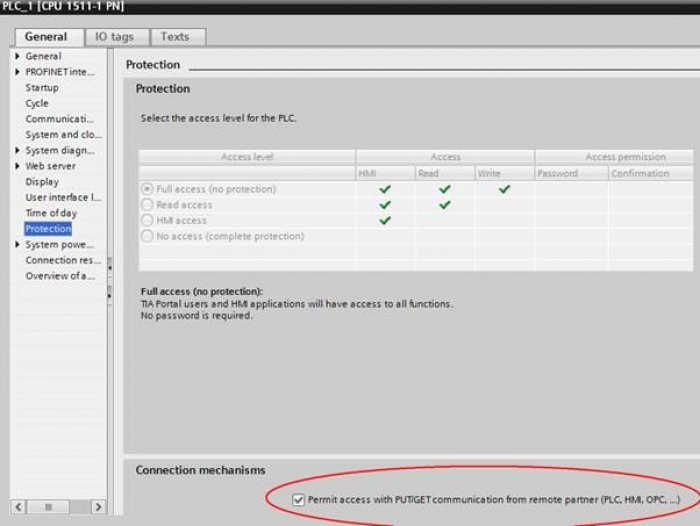 Did you know ProSoft’s Siemens® Industrial Ethernet driver can be used with an S7-1500 CPU?

ProSoft Technology’s Siemens® Industrial Ethernet driver acts only as a Client. It initiates the communication to the S7-1500 CPU in order to read and write application data to the controller.

Like the S7-1200, the S7-1500 has a protection mechanism preventing some devices from exchanging data with the CPU. This feature can be set directly in TIA Portal (S7 programming software). By default, the "Connection mechanisms" option is unchecked.

By checking that option, you will allow ProSoft’s SIE driver to communicate with the S7-1500 CPU.