The technology behind the IIoT can bring about business improvements in virtually every...

Video: Find Out What You Can Accomplish with Belden Horizon

Need a 1756-TIME Module? Try These Gateways Instead

You may have heard that Rockwell Automation’s ControlLogix® Position and Time Services ... 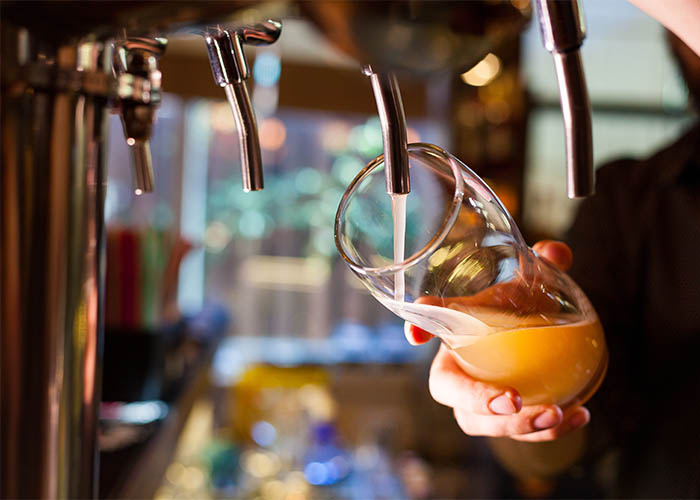 Whether it's football in the United States or rugby in Great Britain, the two entirely different sports have one thing in common - many of the spectators like drinking their beer. One of the prominent beers in Great Britain is SA, manufactured by Brains Brewery. SA’s slogan is "It wouldn't be Wales without SA."

Brains Brewery in Wales, founded in 1882, has the beer to satisfy any beer connoisseur, from those who prefer unique craft varieties, such as Calypso and Bragging Rights, to those who like more traditional ales like SA. Brains has a wide variety of brews. Other, more traditional brews include Brains Bitter, Brains Dark, and Brains Black, among many others. Brains is also famous for its many pubs as well.

Brains, based in Cardiff, Wales, with its ever-increasing variety of brews, decided it was time to upgrade its yeast handling control system to a Rockwell Automation® CompactLogix™ system. We all know how important yeast is to beer, and Brains postponed the upgrade until after the Christmas festive period to avoid downtime.

“The main aim of the project was to upgrade two PLC-2 controllers, which were 27 years old.  Limited downtime was available, only 3 days, so the old 1771 I/O racks would be retained, but two obsolete PLC-2 controllers were replaced by the CompactLogix.”

“The commissioning time was reduced massively because the existing Remote I/O cards and wiring could be retained,” Mr. Cooper noted. “Only the processor and software needed to be added and commissioned, not the field wiring.”

With ProSoft Technology’s solution, Brains Brewery was able to reduce project costs by installing a CompactLogix. Without the ProSoft Technology gateway, a more expensive system with a Remote I/O card would have been required.  ProSoft Technology's solution didn't just reduce the project cost. It reduced it by 40 percent in terms of the other option. One additional yet important benefit of the solution is that the system still retains the PLC-5 Remote I/O cards with the CompactLogix processor. This means no additional spare I/O cards need to be carried.

"The Remote I/O to Ethernet gateway allowed a great level of flexibility, so the different racks of I/O could be moved onto a network and controlled from different PLCs, if required,” Mr. Cooper said.  "The ProSoft gateway also gets the I/O data onto Ethernet which can be accessed anywhere on the plant network at a higher speed."

Learn about the risk of each modernization option in this infographic!