ProSoft Connect is cloud-native – which means there is absolutely no software to instal...

Data Logger and DLplus: Which is Best for your Application?

Data loggers are used to record and store information locally. This recorded informatio...

Setting Up the PROFIBUS DP Gateways

The need for PROFIBUS connectivity is huge in process applications and factory environm...

Benefits of a Cloud-Based Infrastructure Network

It is highly likely that OT (Operational Technology) and IT (Information Technology) wi... 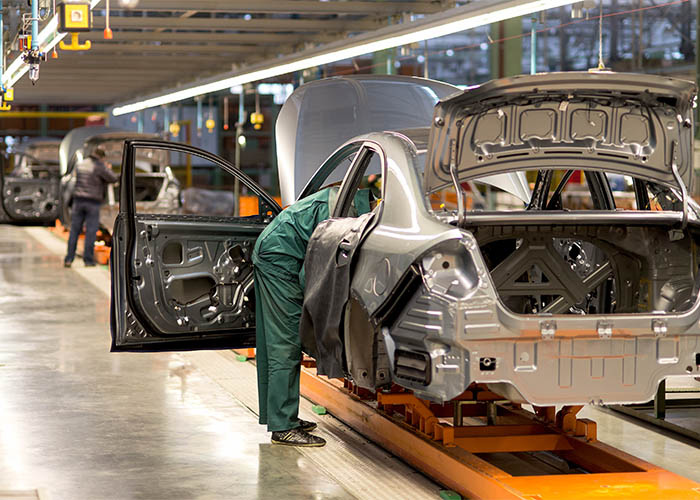 Smart conveyors are time-saving equipment that have helped factories around the world cut costs and increase efficiency.

Tapping into those results, though, requires an investment in a robust communications network to make sure your moving equipment can operate effectively. A ProSoft Technology solution that’s used frequently to keep automotive manufacturers’ operations on track – sometimes literally – is the Industrial Hotspot. In this combined use case, find out how two companies in the United States used the wireless radio for their automotive applications and saw the same benefits thanks to this versatile solution.

Automotive manufacturers in Michigan and Ohio needed help connecting their smart conveyors to their Rockwell Automation® controllers. Each end user used 1756-LxS and 1769-L30ERMS systems, but what they were connecting was varied: One needed to facilitate communications between its controllers and automated guided vehicles (AGVs), while the other was focused on its rotating skillet conveyor.

Each found a reliable solution in connecting the smart conveyor’s PLC and a traffic cop PLC via the Industrial Hotspot.

In the first application, the AGV carries the vehicle frame as it’s built roadside-up and roadside-down. The end user’s top priorities were ensuring the safety of production workers near the vertically adjusting AGV; the flexibility to change the frame’s height based on the AGV’s station; and a low mean time to repair based on diagnostics.

The manufacturer sought a way to enable real-time control, diagnostics, and safeties for the moving AGV as it adjusted the height of the frame. They considered a couple of options:

The end user opted for the Industrial Hotspot, which is now facilitating a real-time connection between each AGV’s PLC and a traffic cop PLC. The carriers are now able to stay connected without communication losses, thanks to the radios’ Ultra-Fast roaming of less than 10 milliseconds.

Much like the end user in Michigan, the manufacturer in Ohio needed a way to enable real-time control and diagnostics of its equipment.

In this case that was a rotating skillet conveyor that was used to rotate the body of a body-on-frame vehicle. Safety was a key priority in this application as well, as was the flexibility of the rotating carrier.

This manufacturer also considered the option of forgoing a traffic cop PLC, but found similar difficulties in that situation. Mechanical rotation of the carriers didn’t provide the flexibility the end user needed.

The rotating skillet is now able to communicate with the traffic cop PLC via the Industrial Hotspot, which can reliably send EtherNet/IP™ diagnostic info directly into the Rockwell Automation controllers.

Benefits for both end users

Both manufacturers reported a few benefits, including:

How will your automotive application benefit from reliable wireless solutions? Learn more!